In 1925, following a bad growth of oysters, Louis Tudesq,  builder, had the ingenious idea of raising the oysters by gluing them with cement on concrete pyramids. The worker who assisted him in this great experience is no one but Fernand : Jean-Christophe's grandfather.
The history of the Tchèpe was beginning... 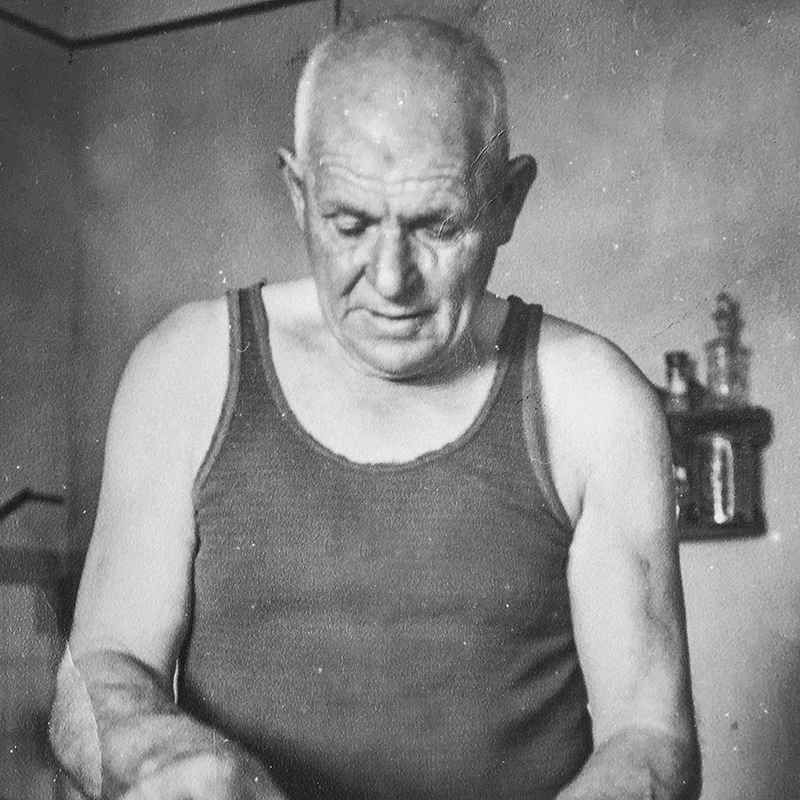 Fernand's eldest son, Jean-Pierre became  an Oyster farmer in 1962 and worked with his wife Odette Pescayre, whose father was a fisherman. With such a family name, it seems logical if we know that PESCAYRE means fisherman in Occitan.

In 1966 Jean-Christophe was born from this union and in 1989 the tasting at the Tchèpe opened its doors in the family house of his wife Reg GOUDARD, a house where you can already smell  Picpoul since his parents were winegrowers-cooperators.

In 1998, Maxime was born. Then, in 2001, Lucie  came to enlarge the family and Reg decided to buy the neighboring shop to offer at the end of the meal,  a little pancake made like her  grandmother had taught her.

Let's go ! in 2002, Lucie's deserts unfold : Jean-Christophe kept the salty side and Reg managed  the sweet side. The shop developed. Shellfish, wine, homemade deserts, coffee and we start again!

There were more and more custumers thanks to word of mouth.

Since 2016, Maxime has been working on production while Loïc,  Jean-Christophe's godson, has been managing the shop with his wife Fiona. Who knows if one day Maxime's little sister, Lucie, will join this beautiful trio but, watch it... always under the gaze of Jean-Christophe, whose goal is to get a perfect oyster.

You know our history,

We know a little about yours thanks to your loyalty,

We thank you and we will always  welcome you

with so much pleasure